Posted at 13:10h in spotlight by The Sophia Way

April 10, 2019: “Welcome to all for being here, and thank you so much for your incredible support of our shared vision to build a permanent space for woman and families that are struggling with homelessness on the Eastside.”

The groundbreaking ceremony was a momentous event. Bill Hallerman, Catholic Community Services Agency Director and Karina O’Malley, The Sophia Way Board Member took the gathering on a journey, sharing the beautiful story of a wonderful collaboration that made this new shelter possible. 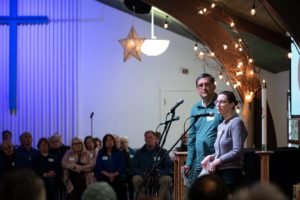 This is a story about this community and its response to homelessness that is so different from the stories we have been hearing lately, about how our community is dying. It is story about life and love and what happens when the deepest part of ourselves realizes that we are intrinsically connected to the rest of our community who just happens to be without a home. It is the story of care and collaboration, of volunteering and donations, and a passionate refusal to see other human beings as anything but worthy of respect and dignity as children of God.

A long, long time ago…well, not that long ago…the City of Bellevue started an emergency shelter. The Sophia Way, was then new and asked to help. The shelter started in a community center as a severe weather shelter, open just a few nights a year for all populations. It grew and split over the years, trying to keep everyone safe and warm during the worst weather. The Sophia Way ran the emergency shelter for women and families in churches for several years, and took over from YWCA the operations of a women’s day center in 2014. Also in 2014, Rae Levine, then Interim Executive Director of The Sophia Way,  called Bill Hallerman from Catholic Community Services (CCS) to start a partnership.

Meanwhile at Holy Family Catholic Church, Father Negal, Andrea Liggett and some parishioners were deeply concerned. They were supporting the emergency shelter for families, but every morning at 7:00 those families spilled out on our streets with nowhere to go. And at St. Louse Catholic Church in Bellevue Father Gary and Pete and Nancy Wright were also concerned. They called Sophia Way and Holy Family Parish to see how they could do more for families that were struggling for homelessness.

At Holy Family, they gathered parishioners from St. Lousie, Holy Family, and Catholic Community Services and talked about opening a day center for homeless families, making the family shelter year round , and building a 24 hour, permanent facility for families on the Eastside. Andrea Liggett reached out to Salt House, and Pastor Sara said they had a basement space that wasn’t being used. New Bethlehem Project raised dollars to renovate it and the day center opened in November 2016.

The City of Kirkland staff and council were all in on the ARCH plan. Their 2015 work plan had the task of siting the shelter. Council even directed staff to put some surplus revenue into the project. Former mayor and current state representative Joan McBride delivered funding from the state.

In 2016, the 50-bed emergency shelter for women and families became full and the need to have a bigger and permanent shelter escalated. The cities quickly worked to find more funding – King County contributed operating funding, the faith community stepped up with space and CCS opened another 50-bed shelter in January, just for families. That fall, Sophia Way took back daily operation of the emergency shelter for women, and CCS managed one for families.

The momentum for a new shelter for women and families on the Eastside was growing. Faith communities (Holy Family, St. Louse, Salt House Lutheran, Lake Washington Methodist), nonprofits (CCS and Sophia Way), and the government (City of Kirkland, Eastside Cities, ARCH, King County, the State), all were talking about 24-hour permanent facilities with shelter. Then the city found a great site, right here. It was near bus lines, zoned well, and quiet neighbors to the east.

It was a single vision that was realized by a strong committed collaboration. The City of Kirkland, ARCH, King County and the State committing millions of dollars to get this done. And over $2.1 million was raised in private dollars.

Thank you to each and every one of you for helping us build this wonderful place, a floor for single woman and a floor for families… a place to come and heal, to rebuild lives and move to permanent housing and more stability. 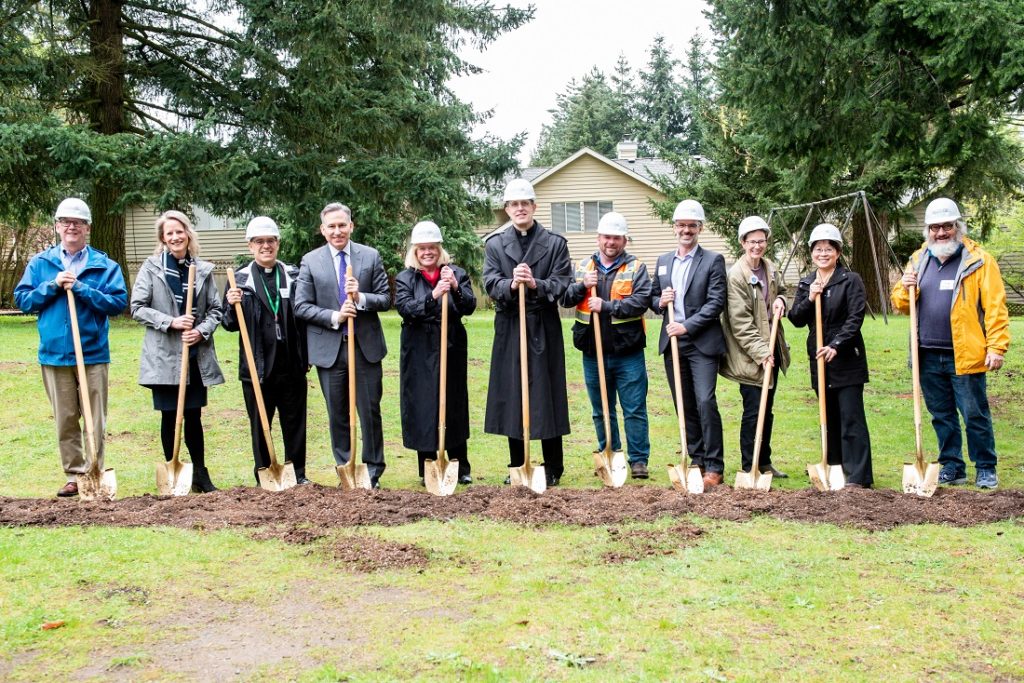 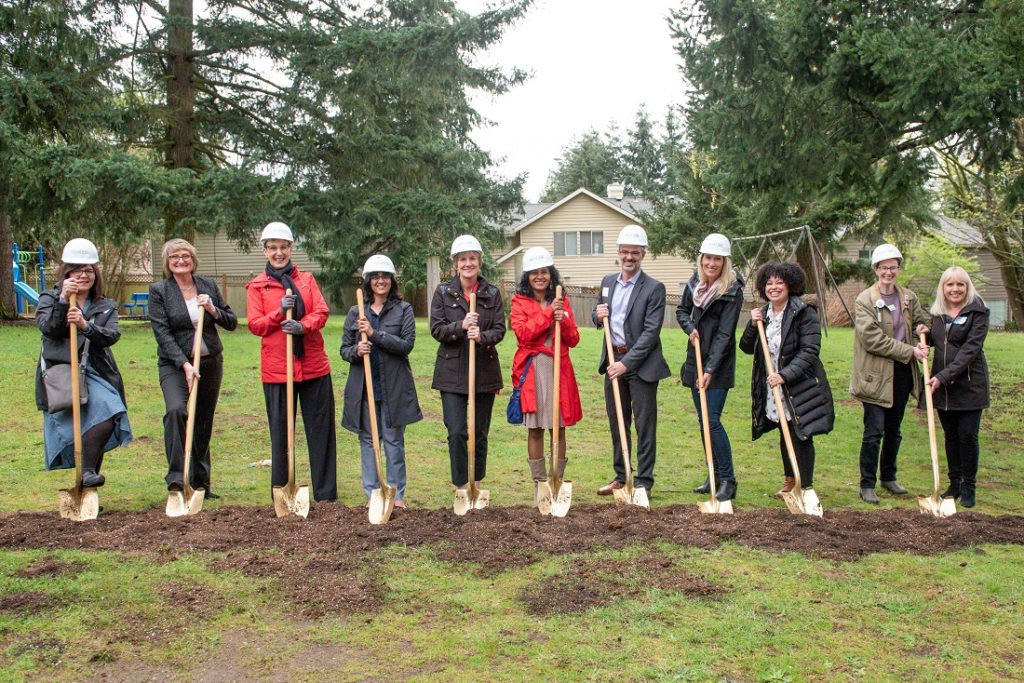 The Sophia Way Team and Supporters 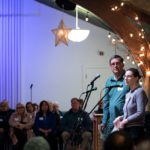 “The shelter will provide the foundation of a strong community, a place to land when times are hard, a lighthouse in the storm of difficult circumstances.” – Karina O’ Malley 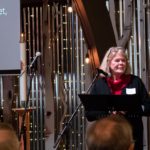 “The City of Kirkland is proud to be a part of the collaborative effort to bring this shelter to our community. This shelter will be a significant resource for families and women in our region.” – Penny Sweet, Mayor of Kirkland 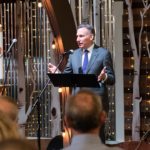 “Today we are breaking ground for a new permanent location, which is cause for a real celebration and we’re also celebrating the community collaboration that is making this possible.” – Dow Constantine, King County Executive