04 Mar Esther moved into her own home!

Posted at 13:06h in stories by The Sophia Way 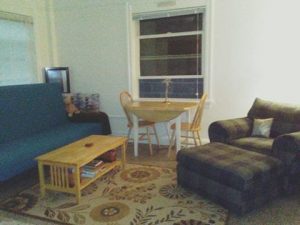 Esther is 56 years old. She is from one of the Caribbean Islands and moved to the U.S. a few years back because of the political unrest and lack of economic opportunities in her country. She completed her Masters in sustainable agriculture and was a professor in New York City.

She found herself homeless after being a single working mom for many many years. Not wanting to burden her family, she moved to Washington State in search of a career, a home, and independence. She lived at our overnight shelter for a few months and has now found a job and a new home!

“I feel like I am STARTING LIFE now. Thank you for making me independent. I have never felt more alive my entire life.”

This year, in two months, YOU  have helped us move 11 women into stable and permanent housing.