Posted at 16:57h in spotlight by The Sophia Way

It was lunchtime at The Sophia Way Day Center, the women were enjoying a home-cooked meal served by the donors. Patsy was excited that she would soon be moving into her own home. It had been a long and hard road, moving from California to Seattle with hopes of a better life. With the support of The Sophia Way (TSW), Patsy was ready to move out of transitional housing to her own home. However, the excitement was tempered with worry. All her household items were in California. More worrisome was that her cat was there too, being looked after by a friend. Nicky from Muslim Community Resource Center (MCRC), who sat across from Patsy, listened sympathetically to her story. It touched her heart, and she wanted to help. With support from MCRC, TSW was able to work with Patsy to get her cat and household things to make her new place a home. Without asking, MCRC has always stood by the sides of women experiencing homelessness at TSW. 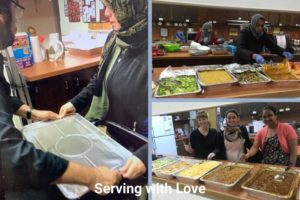 The partnership between MCRC and TSW is nearly as old as TSW. Nickhath (Nicky) Sheriff, Founder/CEO, MCRC, became involved with TSW in early 2009. Nicky read an article in The Seattle Times about an Eastside organization that had recently started and was providing shelter to women at night at a local church. She called to offer meals for the women. “One of the core pillars of MCRC’s service is to ensure that no one goes hungry, and our focus is on providing meals to those in need,” says Nicky. “We (my family) took dinner one night to the shelter. We were invited to serve and interact with the women. It was the beginning of our partnership. One that has strengthened and grown, not only with the clients but also theTSW staff.”

For more than a decade, MCRC has supported TSW in innumerable ways. They provide hot meals and donations of much-needed items such as towels, sheets, blankets, and hygiene items. The partnership continues today, even as MCRC has grown and evolved and functions as MAPS-MCRC, the social and humanitarian program of the Muslim Association of Puget Sound (MAPS) the largest mosque in Washington State.

TSW clients have access to MAPS-MCRC’s free medical and legal clinics, and are invited to attend MCRC’s annual Thanksgiving meal. For the last several years, MAPS-MCRC has sponsored The Sophia Way’s major fundraiser, the Our Way Home luncheon. 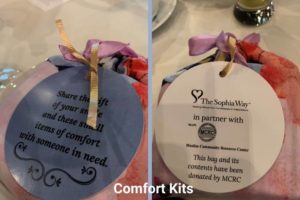 A much-loved donation by MCRC has been their Comfort Kits. Each small cloth bag is filled with hygiene items, gift card, and a list of local resources. These have been given to TSW luncheon guests who are encouraged to give a kit to someone they see experiencing homelessness. One guest shared, “I was at a grocery store, a man was standing outside with a sign asking for help. I gave him the bag. It was such a small thing, but he was so appreciative. Now I keep Comfort Kits in my car all the time!”

The bond between TSW and MAPS-MCRC is stronger because of shared values. “The warmth and personal connection with the clients, treating them with grace, dignity, and love – these strike a common chord,” says Nicky. When MCRC volunteers sign-up for a meal, they don’t just drop it off at the shelter. They serve the meal, sit with the women, and share a conversation. “It helps us understand their incredible resilience in putting their lives back together,” says Nicky.

The partnership was strengthened in 2018 when MAPS-MCRC leased a housing unit in Seattle to provide additional transitional housing for women at TSW. The unit provides three women a home and stability. 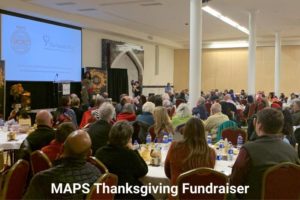 When MAPS-MCRC became aware of the plans to build the emergency shelter in Kirkland, they wholeheartedly wanted to support it. “We’ve seen the growing numbers of women experiencing homelessness and understand the need for safe shelter and housing for single women,” explained Nicky. Last year MAPS-MCRC organized a fundraiser as part of their 2019 Thanksgiving Eve dinner at the Muslim Association of Puget Sound. “We were overwhelmed by the response from our community and raised a significant amount to support the new shelter building.”

During the coronavirus pandemic, MAPS-MCRC has continued to step up to support the women sheltering at The Sophia Way, providing meals and critically needed supplies and items.

Nicky loves sharing a story from one of the TSW community brunches hosted bi-annually. A woman shared that she loved the Indian outfit Nicky was wearing and asked where she could get one for herself. The next time Nicky took a meal to the shelter, she presented the woman the outfit. “She was so happy she hugged me. Then immediately put it on. She said it was one of the most beautiful dresses she had ever worn. Beyond the financial and material support, it is such interactions – the small things that give joy to someone – that makes what we do most meaningful for us.”

For The Sophia Way, the partnership with MCRC has been inspiring, loving, and supportive, for both the organization and most importantly the women. We are ever so grateful for the support of MAPS-MCRC and their community. 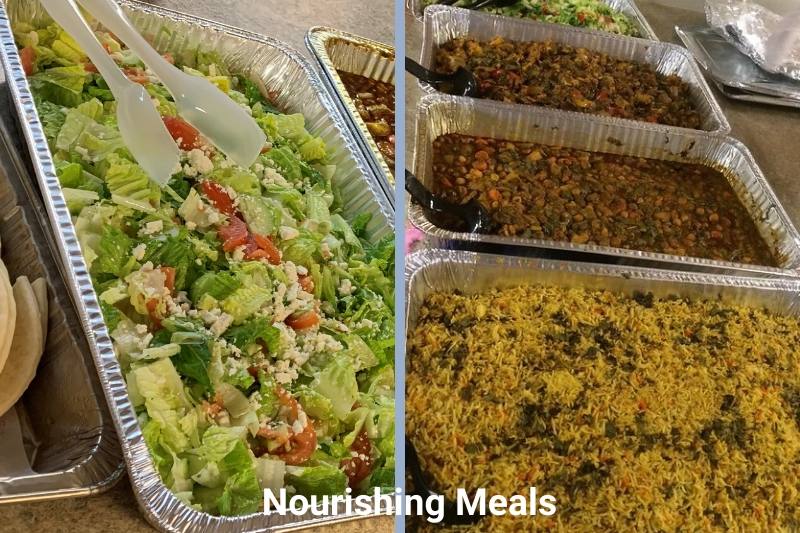 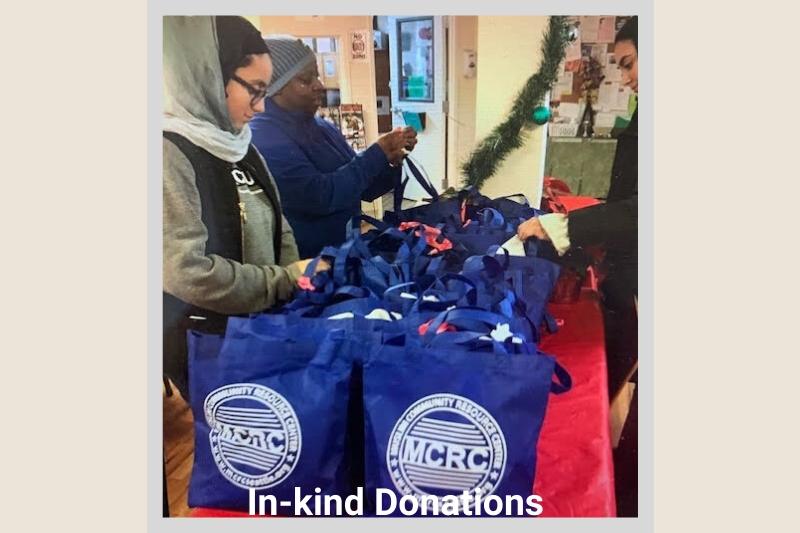 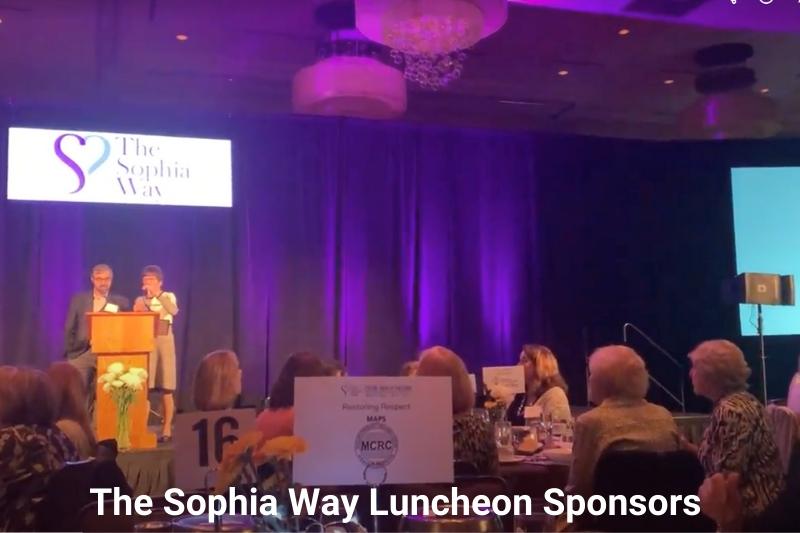 About MAPS-MCRC
MAPS-MCRC is the social and humanitarian program of MAPS (Muslim Association of Puget Sound), the largest mosque in Washington State. In 2009, a group of volunteers started MCRC (Muslim Community Resource Center) to provide a platform for Muslims to serve and benefit the wider community. They collaborate with all faith-based organizations as well as government entities and local service providers to support the vulnerable population in King County and connect them with relevant resources. MCRC merged with MAPS in 2015.
Learn more about MCRC.