On December 8, 2008, The Sophia Way opened its doors to support women experiencing homelessness, but the seed was planted two years earlier, in 2006

On a cold winter night, a woman walked into a church in Redmond and asked, “Where can I sleep tonight?”

There was no answer, but her question awakened the people in the church to the reality of a critical service gap and the need to serve a growing population of unhoused women. Helen Leuzzi (our late founder), a philanthropist and ardent women’s advocate, led this effort with a vision that quickly inspired new partnerships.

The first step in this journey was the Angeline’s Day Center, a partnership between Bellevue First Congregational Church [BFCC] and YWCA, which opened in 2006. The center provided respite to women from 9 am to 3 pm on weekdays. While this service represented a big step forward to serve women experiencing homelessness on the Eastside, the staff was unwilling to be satisfied with the reality of turning the women out, daily, to sleep on the streets.

In the summer of 2008, BFCC began a series of community meetings to determine what more could be done to serve women in East King County. A new organization, Sophia Way, began taking shape. A fledgling board of directors sought out Eastside Interfaith Social Concerns Council (EISCC) to serve as the fiscal sponsor, allowing the board to start fundraising in earnest. Two BFCC parishioners donated the seed money needed to set up the new organization.

On December 8, 2008, The Sophia Way opened its doors at BFCC with eight mats on the floor to serve women experiencing homelessness. It was exactly two years from the date of the opening of Angeline Day Center.

Four years later, in November 2012, The Sophia Way moved its services to a new shelter in the basement of St. Luke’s Lutheran Church in Bellevue. It was named Sophia’s Place. Here, 21 women were able to be sheltered every night for six months. The relationship with Angeline’s Day Center continued to provide day services.

The Origin of Our Name

Helen Leuzzi, founder of The Sophia Way, named the organization after Sophia, a name derived from σοφία, the Greek word for “wisdom.” Her vision was that the “Way” is the path we seek to walk alongside the women in need to support them from homelessness to housing.

Since December 2008, more than 5,000 women have been sheltered and supported by The Sophia Way, and many have found their way to stable living.

Helen’s Place: From a Dream to Reality

Snippets from the Past 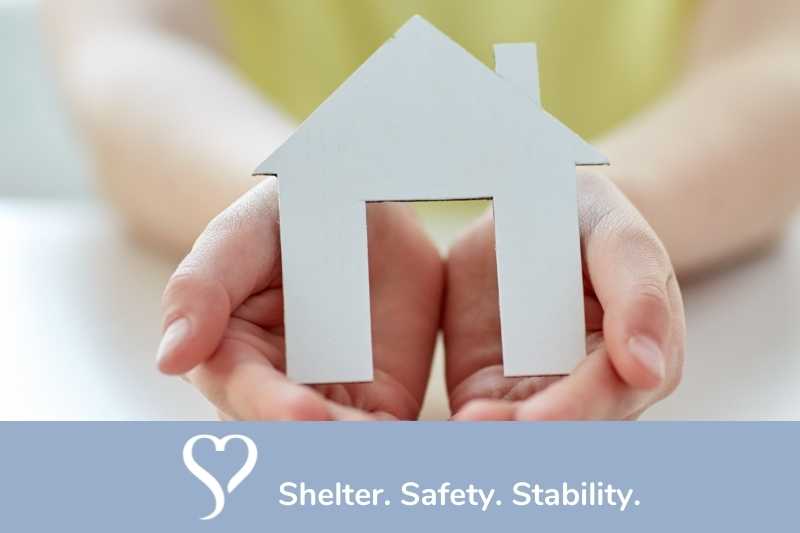 Highlights of The Sophia Way’s journey